Found in our Archives

BACK TO VIRTUAL TOUR

Manufactured between 1868 and 1882 by a New York man named James Reid, this .22 caliber revolver served as a small civilian weapon. It was designed to be used at short range, but had poor accuracy. The gun also served as a “knuckle duster” as a backup plan. The cylindrical portion of the gun would be held in one’s fist, while the metal loop would go around one’s knuckle for hand-to-hand combat. 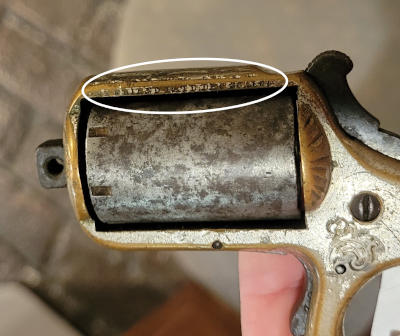 As a personal defense weapon, this gun has a interesting name: “My Friend.” It takes a sharp eye to see, but each gun is actually labeled with these words: “MY FRIEND PATD DEC 26…” [the rest is illegible].