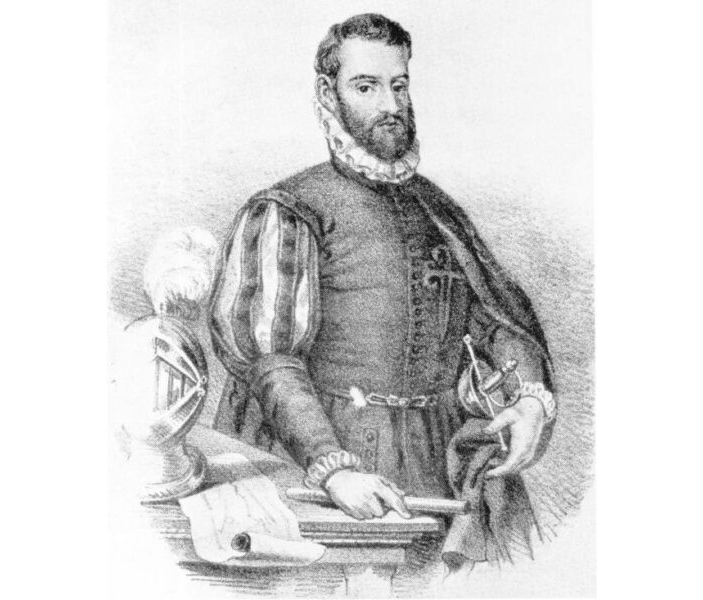 Spanish Influence on Amelia Island through the Centuries

The story of Spanish involvement on Amelia Island spans four and a half centuries.

Although the French were the first Europeans to claim Amelia Island in 1553, the Spanish Conquistadores were the first to claim Florida for Spain when in 1513 Ponce de León landed on the First Coast somewhere between Cape Canaveral and the mouth of the St. Johns River. The Spanish were quick to continue their exploration, and Pedro Menéndez established a settlement at St. Augustine in 1565 (the first permanent settlement in the United States). Two years later, he decimated the French contingency at Fort Caroline near Amelia Island. The Spanish built a fort on the island and soon afterwards built the Santa María Mission, renaming the island Isla de Santa María.

Over the next two centuries, the French, British and Spanish fought for possession of Amelia Island, and mercenaries and soldiers often switched their allegiance from one country to another as best benefitted their interests.

In 1763, the British reorganized the territory they held in Florida into West and East Florida, giving land grants to those who were willing to settle what were considered wild lands. Land grant sizes were often between 5,000 to 20,000 acres, particularly in East Florida, as Britain attempted to expand its control of the continent down the eastern seaboard to muffle unrest in the colonies.

The American Revolution of 1776 weakened Britain, and in 1783 the Spanish easily regained control of Amelia Island. The Amelia River harbor became a key embarkation point for the fleeing British loyalists who tore down the town buildings and carried the lumber with them, leaving little standing behind.

Brave British Mary Mattair and her family were the sole occupants to remain on Amelia Island following the British evacuation in 1784.

In 1781, Mary had moved from Pensacola to St. Augustine with her husband Lewis and two children, Luis and María. When Lewis died two years later, Mary managed to receive a 200 acre British land grant along a bluff on Amelia Island overlooking the Amelia River in what is now known as Old Town Fernandina. The first Spanish census of 1787 recorded the Mattairs as the only residents of Amelia Island, and two years later, another census enumerator recorded Mary Mattair living on her plantation with fifteen-year-old Luis, twelve-year-old María, nine pigs, three cattle, and two horses. Over time, the Mattair property eventually included approximately 800 acres.

In October 1790, Mary Mattair died, leaving her young children to manage the plantation with each receiving one half of the recorded properties. At sixteen years of age, María married twenty-seven year old Domingo Fernández in 1793.

Domingo was born in 1766 in Vigo, Spain, and arrived in St. Augustine around 1786. He worked for the Spanish government at Amelia Island as a harbor pilot and captain of a gunboat and was awarded grants on the island, in part, as rewards for his service.

In 1807, Luis Mattair and María Fernández received royal titles confirming their ownership of the plantation known as the ‘Naranjal’ or Orange Grove Plantation. Then in April 1820, Domingo purchased Luis’s share for $250, thereby bringing one of the earliest land grants and plantations in Florida under a single ownership. Between 1797 and 1816, Domingo acquired several additional lands through service grants and outright purchase. Domingo and his wife María became among the most prominent planters in the district. In 1800, Domingo retired from the service to engage full-time as a planter.

One of the last truly significant persons in the period of Spanish governance of East Florida was Enrique (Henry) White, an Irish born Spanish soldier who switched allegiance to serve the Spanish Crown from the age of 22 until his death at 70. He was Governor of East Florida from 1796 to 1811. White Street in Fernandina is named after him.

In 1810, Governor Enrique White named the town Fernandina in honor of King Ferdinand VII of Spain, and ordered surveyor-general George J. F. Clarke to develop a town plan which was completed in a classical Spanish grid form in 1811. 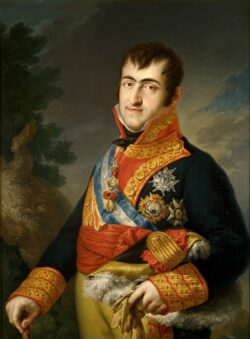 Platted in 1811, Fernandina has the distinction of being the last platted Spanish city in the Western Hemisphere. It is also one of the oldest cities in Florida, founded in 1824.
On September 3, 1833, Domingo Fernández died, bringing to a close an important link between Spanish colonial and U.S. antebellum history on Amelia Island. His family buried his body and in-stalled a grave marker in a family cemetery on the Fernández Reserve.
In November 1842, María prepared a will that bequeathed her holdings to her daughters and their respective husbands and children, the Stewart and Villalonga families. Following her death in 1845, trustees George Stewart and John Villalonga assumed the administration of her estate. In 1851, Stewart and Villalonga sold most of the largest tracts and parcels of the Fernández estate, including Louisa Plantation and Pine Island, for $10,800 to the partnership of Bellechase & Finegan located in Jacksonville, Florida. Even Senator David Yulee was in contact with María’s heirs, since his rail-road’s eastern terminus and headquarters radiated across lands formerly owned by Domingo and María.

A last important and tangible remnant of the Mattair and Fernández extensive holdings on Amelia Island exists today in land that encompasses Fernandina’s Bosque Bello Cemetery which the couple deeded to the City as a public burial ground and stands as a tribute to the early founders of Fernandina. 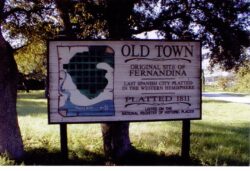 In 1845, Spanish governance ended in Florida when it became part of the United States. Spanish and Hispanic influence continued, however, with increased trade, travel and political ties between Latin America, Spain and Florida. Particularly notable in Fernandina is the historical connection with the Spanish American War Cuban hero, José Martí, at the end of the 19th century. (See our previous blog post all about José Martí’s ties to Fernandina here.)

Currently, Amelia Island is home to residents of both Spanish and Hispanic heritage who make Fernandina their full or part time residence, attracted by many of the same things that captivated the Conquistadores centuries ago: a unique environment with a beautiful ocean, rivers, maritime forests and unspoiled nature around every corner.