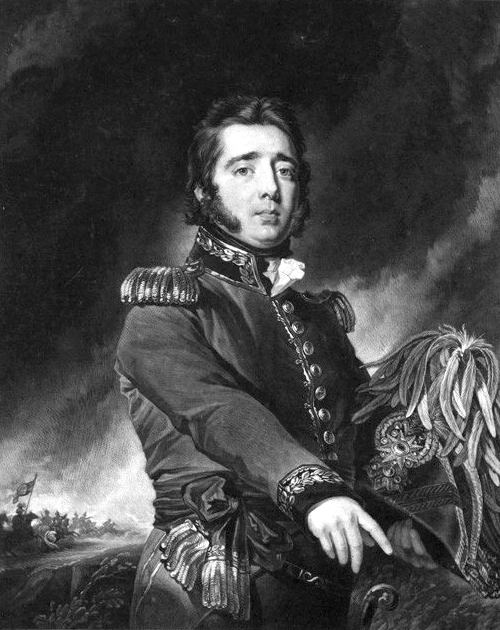 MacGregor, The Cazique of Poyais

We have historical records of con-people, scams, and fraud for about as long as we have had written language.
From the time of Demosthenes, who tried people who committed maritime insurance fraud by sinking their own ships; to today, when we are inundated with phishing emails, robocalls, and sketchy time-shares in South Florida; there have always been people trying to make an easy buck through deception.

Sometimes the most successful frauds are rather banal. Shark Tank investor Barbara Corcoran was recently swindled out of $400k in an email scam involving a fake invoice. I myself was targeted by a similar attempt sent through an acquaintance’s hacked email.

If you study the history of fraud, you start seeing interesting patterns across the history of scams and swindles. One of my older relatives nearly fell for a phone scam in which the scammer pretended to be a relative, locked in a Caribbean prison, and asked for bail money. It is the classic “Spanish Prisoner” con trick of the 18th and 19th centuries—perhaps even earlier—in which a relative or a wealthy person is trapped in a foreign prison and promises to repay your bail money with interest. History continues to repeat itself.

Nevertheless, there are some confidence tricks so fantastic and elaborate that we almost admire the craftsmanship behind them. I want to discuss one scam so successful that it cemented its originator as “the father of modern securities fraud.”

General “Sir” Gregor MacGregor, “Liberator of the Floridas” and “Cazique of Poyais,” was born in 1786 in Scotland. MacGregor felt that he was destined for great things. He joined the British army in 1803 at the age of 16, right at the start of the Napoleonic Wars. The following year he married the wealthy Maria Bowater, who had several powerful relatives.

MacGregor spent some of his early career in Portugal. His unit in Iberia would later become well-known as the famous “Die-Hards,” but MacGregor had long since been discharged before they achieved any renown. This fact did not prevent him from lying to people about his heroic exploits with the Die-Hards, claiming he had been dubbed “Sir” Gregor MacGregor by the Portuguese government.

With the death of his wife, MacGregor lost a significant source of his influence and income. Therefore, he did what many unemployed war veterans did in this time—by becoming a mercenary for a foreign government.

MacGregor joined the republican revolutionaries in Venezuela’s War of Independence under the generals Simon Bolivar and Francisco de Miranda. Ironically, MacGregor earned legitimate renown for his actions in Venezuela and was widely considered a war hero. He ingratiated himself with Bolivar’s family and married Bolivar’s niece, Josefa, in 1812.

In 1817 MacGregor decided to move on to greater things. He and his wife traveled to the United States to raise men, ships, and money for an invasion of East Florida. In the summer of 1817, he succeeded in capturing Amelia Island in East Florida, but later abandoned it when the money began to dry up.

He would go on to “liberate” two other Spanish holdings in Panama and New Granada, only to encounter great failure on both occasions. After the final campaign—in which his entire force was executed by Spanish Royalists—his greatest patrons had lost their patience. Simon Bolivar himself banned MacGregor from what would eventually become “Gran Columbia,” declaring that if MacGregor was to be put to death if he ever returned.

It was during this low point of his career that MacGregor hatched his greatest scheme.

In the 1820s MacGregor returned to England with strange tidings: a new country had just emerged around the Mosquito Coast between British Honduras and Nicaragua.

It was a country called “Poyais,” and MacGregor had recently been named its “Cazique” or “chief leader.”

From all accounts it was a paradise in the new world: rich soil for farming, a temperate climate for European settlers, a thriving mercantile community in the capital of St. Joseph (where most people spoke English), and plenty of land and cheap labor to go around. Moreover, it was looking for new settlers and investors.”

MacGregor convinced London banks to back about £200K in Poyaian securities and bonds. The securities that he later traded with speculators would today be worth over £1 billion in today’s currency. He opened an embassy in London, sold books on Poyais, traded Poyaian currency, and sold hundreds of plots of land in the new country.

He also arranged passage for hundreds of settlers to travel to this Latin American paradise. In 1823 two ships bearing about 250 settlers arrived on the Mosquito Coast. Many of these settlers were fellow Scots who were swayed by MacGregor’s promise of a new “Scottish Colony” in Poyais and a chance at a new life.

What they found was an inhospitable jungle infested with mosquitos. Poyais did not exist.

They assumed a mistake had been made—surely Poyais was somewhere further along the coast and would send ships to rescue them. In the meantime they stayed in the jungle for months. Then the rainy season hit, and malaria and yellow fever became rampant.

Between disease, starvation, and despair, over 180 of the 250 settlers perished before they were rescued by a ship from British Honduras. The survivors either returned to Great Britain or settled in Honduras and the United States.

When the survivors shared their story with the newspapers, the truth finally came out—everyone had been taken for fools. MacGregor had invented an entire country.

How He Did It

First, he had incredible charisma and charm. This was probably also his greatest trait as a military leader during the Latin American wars of independence. When MacGregor spoke, people listened. He was able to communicate a sense of authority and authenticity to his listeners.

Furthermore, his name and titles (some of which were legitimately earned) carried a great deal of weight on its own. He also tended to target Scotsmen directly and used his own nationality to establish trust with eager settlers seeking a new life abroad. How could a man of his background and breeding make up such a grand lie?

Second, MacGregor had taken great pains to manufacture the legitimacy of his claims. He wrote a lengthy guidebook on Poyais detailing the land and providing several maps and illustrations. He forged paper currency and land grants, designed a national flag and a national anthem, and opened a fake embassy in London to establish legitimacy. He produced so much disinformation to substantiate his claims about this new country that few people could doubt that the country existed.

Third, the most important factor in his success was timing. In the 1820s London was experiencing an investment bubble in Latin American securities brought on by recent political changes. Not only were Londoners already buying and selling bonds related to the Latin American market, but it also seemed to Londoners that new countries were emerging all the time.

In their defense, the political geography of Latin America was still changing. Venezuela, Peru, Bolivia, Gran Columbia—it was sometimes difficult to determine who governed what and where at any given time. No one was terribly surprised that a new country called “Poyais” emerged between Honduras and Nicaragua.

By the time the Poyaian survivors were rescued, MacGregor had fled to France with his newfound wealth. Here he ran the scam again among the French—but this time the French government caught on quickly due to the volume of visa applications for a country that they suspected did not exist.

MacGregor was arrested and tried for fraud, but he was acquitted at the last minute. His defense team convinced the court that MacGregor’s associates and publicists were the ones responsible for promoting the scheme, not MacGregor himself. Consequently he was released from prison and returned to Great Britain.

He would continue to run this scam for the next fifteen years of his life. Despite public warnings in London newspapers, some people continued to be caught up in the scam.

Eventually, MacGregor realized he needed to flee. In 1838 he packed his things and immigrated to Venezuela. Ironically, despite Bolivar’s declaration that MacGregor was never to return on pain of death, MacGregor was received with open arms by the new government. His rank was restored, and he retired on a generals’ pension until his death in 1845.

Images of Gregor MacGregor and of a sketch from MacGregor and Strangeways’ book Sketch of the Mosquito Shore, both courtesy of Wikimedia Commons.